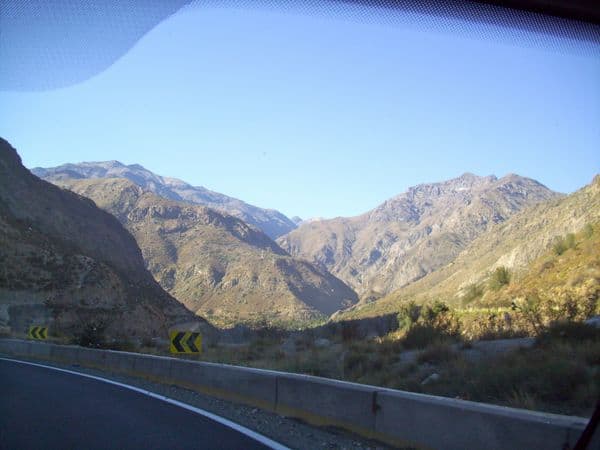 My head knocked against the windowpane as the bus hit a bump in the road. I woke up and saw nothing but darkness and a single road in front of me, teeming with cars, leading to a small building with siding that looked like it hadn’t been replaced for years. The border between Argentina and Chile.

I closed my eyes and went back to sleep, sure that it would be moments until we were finally across the border and on our way to Santiago. I was wrong. I was so wrong.

I love traveling, especially backpacking, as it implies a more liberated itinerary, but while backpacking through South America, I have learned a few tips to keep myself sane through methods and means of travel that are far behind its European competitors.

Don’t be too rigidly planned or set on any schedule

While flying may adhere to schedules, bus travel (the cheaper option) usually is more lackadaisical. For example, my trip to Santiago from Buenos Aires took about 36 hours longer than it should have, as a result of poor bus planning.

My friend and I took two different buses to make the 17-hour trek, so when our first bus (which was an hour and a half late departing from the terminal) got a broken tire and was forced to wait on the side of the road for three hours, we missed our connection in Mendoza, Argentina, and were forced to wait another five hours in the neighboring area while we waited for the next bus.

In these situations, there isn’t much to be done, so might as well pop open a bottle of Malbec (which is made in Mendoza) and sit back.

Always have your documents on hand

When I woke up on the bus, I realized we had yet to arrive at the actual customs office, and the people on the bus had begun to murmur and complain about the slow-moving (or barely moving) traffic. I , however, went to make sure my documents were in order.

South America moves slowly, and the only thing to be done about it is to be ready for the next step. Many were fumbling with passports when the bus finally docked into the customs building guarding the border, but I sprang up and ran inside.

The whole process took about two hours, for everyone on the bus to stand in the line that lets people out of Argentina and another line where a person admits you into Chile (why this isn’t one line like at the border re-entering Argentina, I don’t know).

A few people whom had already been checked into Chile, myself included, ventured out into the morning mountain air for a cigarette and some conversation. I heard someone call my name. It was a friend, who I had planned to meet once in Chile, traveling with a group of girls I had met in Buenos Aires. I told them of my struggles on my first bus.

“Why didn’t you just take a direct bus?” My friend asked.

Direct bus? Apparently there was a bus line that was more reliable that had a direct route from Buenos Aires to Santiago. My friend had missed this option, and I hadn’t looked for an alternative when I went to buy my ticket. I wish I had. Those girls, who left the day after me, would make it to Chile about six hours ahead of me.

When traveling, always shop around bus companies a bit. Some companies are more reliable than others, and with the internet, there is no reason not to explore all options.

About four hours later, when everyone had been checked, stamped, x–rayed, and questioned, we pulled out of the terminal. The bus was quickly halted, however, and we were told by border officials that our bus was being detained for the next seven days because the police had found a box of illegal cigarettes on board. Now stranded, many people on the bus began to panic. The driver told us another bus would be coming within the next three hours, but it had room for only about half of the passengers.

Once the news of the detained bus spread throughout the passengers, people started to try to make any alternate plans to get themselves out of the Andes Mountains and closer to Santiago. I have spoken Spanish or have been around Spanish speakers for almost my entire life and feel very comfortable with the language.

While my friend started to panic, I got hold of a cell phone and called a cab company in Santiago, pleaded with them in Spanish to pick us up, and made arrangements for myself, my friend, and three other girls we had met on the bus.

While being dropped in a country without knowing the language is exciting, it is always helpful to know a few key phrases or to at least carry a phrasebook around so that if the worst strikes, you can take action to help yourself.

Thankfully, the cab driver drove to the border with some haste, so I soon found myself squished in a car with five other people, only one of whom I had known for longer than 24 hours.

We made conversation, and the girls were quite lovely, backpacking throughout South America and going to the same festival as my friend and me. The majority of the people on our abandoned bus were on their way to do the same. In fact, we ran into many of our doomed bus–mates at the festival that weekend. It’s a small world.

Once in Santiago, the festival and the city were incredible. I was upset I left after only five days.

Santiago is the kind of city I could live in for a while. The clean streets, variety of neighborhoods, and the diversity of food were all reasons to visit again. San Cristobal Hill has the best views of the city for a the price of a short trolley ride, and the fish markets in nearby Valpariso have some of the best seafood in South America. The city was alive the week of Lollapalooza, full of people from every country hanging out in the streets, exploring the city and having fun.

The way home, however, I was more cautious to travel on buses, especially since my friend had opted to stay a few more days in Chile and fly home, leaving me alone in my travels. I decided to change the time of my connecting bus in Mendoza to nine hours later, just in case I ran into problems again, I could hopefully still have a ticket home. I was right.

When the first bus, which was more of a van for about 12 people, reached the border back in the Andes Mountains, catastrophe struck yet again. The van broke down about five miles away from the first border checkpoint, and was not starting again.

The driver told us good luck and to start walking. While hiking through the mountains I met a Chilean geologist named Sebastian, who told me that he would help me try to hitch a ride to the second border checkpoint and then back into Argentina. This man saved my life, helped me while I was alone in a terrible situation, and made sure I was safe while in the middle of nowhere. He asked for nothing in return.

It is important to maintain faith in people when traveling, because you may need to rely on a stranger when plans fall through.

Thanks to Sebastian I was transported back to Mendoza by a Argentine family and made it to the bus station with hours to spare.

Not every bus line in South America is a trip planned by the devil himself, however.

While traveling out of the capital city of Lima to Cuzco, I used Cruz Del Sur, a bus line that operates out of Peru to various destinations. The ride was direct (22 hours), had hardly any stops, and was wonderful.

The seats were akin to first class plan seats, we were fed about three times ( I was never fed during my bus travels in Argentina, so I had to carry around snacks like I hitchhiked professionally), and we watched movies in both Spanish and English. I wish this line operated throughout all of South America. I had first class service for about the price of a pair of shoes in the US, round trip; you can’t beat that.

Even though traveling throughout South America by bus can make most people start to sprout grey hairs, it shouldn’t. Sometimes it is about the journey, and although my experience was hellish at the time, it helped me grow as an individual. Trivial problems don’t seem as important once you have hitchhiked through the Andes mountains and seriously wondered how you were going to find your way home in a foreign country.

I’m glad for that.

People traveling with you may save your life, or at least entertain you while you are both stuck in the middle of nowhere with no cell reception.

This story isn’t a cautionary tale for those traveling by bus, more of a story to spark preparedness while traveling through a continent that doesn’t take itself too seriously.

Leave room in your itinerary for some delayed travel times, try not to lose your cool, and when you come home you can impress your friends with your heroic travel tales.

Originally from New York City, Lana Lagomarsini has always had a love of many cultures. As a young adult, she spent a great deal of time traveling throughout South America, experiencing the culture, people, and food.

In college, she majored in journalism and discovered a love of writing to express her travels to the world. She believes eating helps you experience new cultures as much as any other traveling activity, and began her own blog to document her love of food. She lives in Boston with her fiancé and her hedgehog. 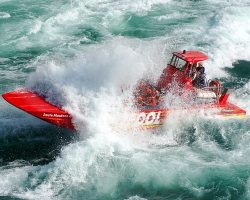 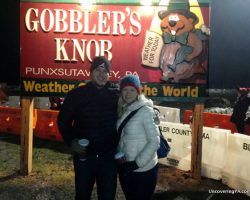