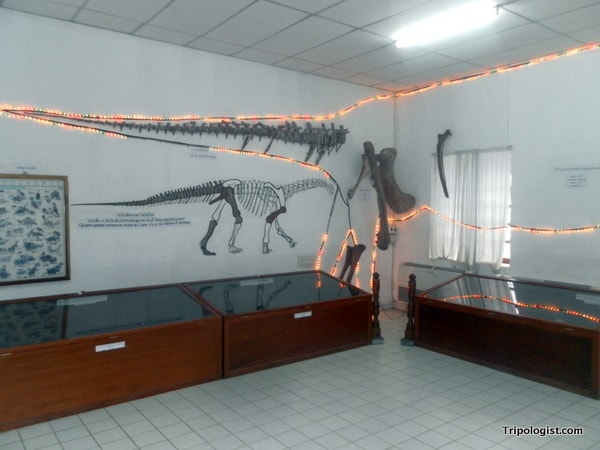 Have you ever gone somewhere and instantly wondered what you were doing there? That’s how I felt at the dinosaur museum in the provincial town of Savannakhet, Laos.

Sitting just across the Mekong from Thailand, Savannakhet seems like an odd location for a dinosaur museum. After all, despite being the second largest city in Laos, Savannakhet isn’t a major tourist destination or cultural hub. Most travelers to the city are simply passing through, rarely going further than the bus depot on the town’s outskirts, hopping on the next bus to one of the region’s more established destinations.

However, the origins of Savannakhet’s Dinosaur Museum makes sense once you consider the areas history. Dinosaur fossils were first found in the province in 1936 by French archeologist Josue Hoffet; however it wasn’t until the early 1990s that a concerted Laos-French effort was mounted to documents the region’s fossils. Throughout the province, fossils have been found in five different locations, though no excavations have occurred since 2000. In their absence however, Savannakhet’s tiny museum was established.

Ever since I was a kid, I’ve liked dinosaurs. So, when I saw in my trusty copy of Lonely Planet Laos that there was a dinosaur museum tucked away near the river, I was intrigued.

Housed in a dilapidated building close to the might Mekong, the Savannakhet Dinosaur Museum looks impressive from the outside. Wondering up the gates, we found the front door locked. While pondering what to do, we were greeted by the friendly attendant who happily unlocked the door for us and charged us the standard 5,000 Kip (about $0.60) admission fee. Before entering, we were given a brief introduction in English, and the curator turned on the lights, including some awesome rope lights straight from a college dorm room, before leaving us to our own devices.

The museum itself consists of two average-size rooms skirted with display cases. Unfortunately, though, nearly all the signage was written only in French and Laos, making it difficult to appreciate what we were seeing. Had we spoken one of these languages, I’m sure the museum would have been more interesting.

Despite the inability to read most of the signs, I did uncover one interesting factoid: most of the bones in the museum aren’t really bones at all; they are just replicas of the fossils that were found in the area. I found this to be quite disappointing.

I do have to applaud the local officials for trying, though. After all, when I think of dinosaur museums, prestigious institutions like the Smithsonian come to mind, not a small dilapidated building in central Laos. However, don’t make the same mistake that I did. While it may be a quirky attraction to see if you are already in the town, the Savannakhet Dinosaur Museum is definitely not worth the stopover. That being said, if you are already planning to visit the city, the novelty factor alone makes the museum worthwhile.

The Savannakhet Dinosaur Museum is located across from the Thai consulate near the Mekong River. It is generally open from 8am – 6pm with an hour off for lunch in the middle.

Where have you gone that you instantly wondered why you were there? Let us know in the comments below. 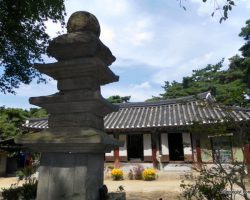 17 thoughts on “The Worst Dinosaur Museum in the World: Savannakhet, Laos”