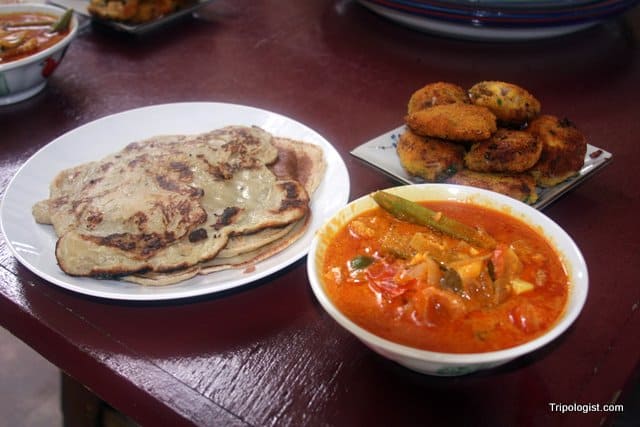 When you think of great food destinations in Asia, what cities come to mind? Bangkok? Hong Kong? Maybe Tokyo? What about Georgetown, Malaysia?

Sitting on the island of Penang off the northwestern coast of Malaysia, Georgetown is a former British colony that is becoming one of the hottest culinary destinations in the world.

Named in a 2009 New York Times article as one of the world’s best locations for foodies, Georgetown features an eclectic mix of Chinese, Malay, and Indian influences that come together to form some of the region’s best food.

When I visited the island recently, I made it my goal to learn more about the region’s food. After sampling some of the city’s most delightful dishes in various restaurants and street stalls, I made my way to the Tropical Spice Garden to learn how to make some of the city’s specialties.

Starting with a tour of their spice garden, I was introduced to many of the spices and flavors that I would soon be cooking with.

After the tour, which lasted about an hour, my group and I were led to the cooking school area.

The cooking school was very modern and featured space for up to 10 students. The ingredients that we needed were already laid out for us, and the onions were even peeled.

Our menu was called “A Complete Malaysian Lunch” and was led by our cooking instructor, Azizah. On the menu was chicken cutlet with potatoes (called begedil in Malay), fish curry, and banana pancakes.

After donning our Spice Garden aprons, we started by mixing the batter for our banana pancakes. After the batter was mixed, we moved on to the chicken cutlets with potatoes. First, we had to brown the pre-cut potatoes and dice the vegetables. We then cooked the chicken, cut it into pieces, and mixed everything together. Finally, we made small meatballs from the mixture and, after dipping them in breadcrumbs, cooked them until the outside was a golden brown.

Then, we moved on to the fish curry. We all had portions of fish in our bowls, and I was lucky (I guess that’s the right word) to have a portion of fish roe in my bowl. We started the curry by cutting up the vegetables and then browning half of them in a clay pot before adding water, curry powder, and other spices. We then added okra, the fish, and coconut milk to the mixture.

Finally, we were ready to cook our banana pancakes. Since we had already made the mixture, this was a simple as putting a bit of the mixture in a pan and cooking it until it was golden brown.

At last, it was time to eat. The seven of us in the cooking class all loaded our food onto trays and carried them up to the eating pavilion above the cooking school. While there, we finally got to taste the efforts of our morning labors.

In one word, the food was fantastic. I don’t think that I’ve ever cooked food that delicious. The chicken cutlets were perfectly seasoned and moist, the fish curry was just the right amount of spicy, sweet, and sour, and the banana pancakes were warm and delicious.

Before we left, we were each given a copy of the recipes so that we could make the dishes at home. Fortunately, there was very little that we used that would be hard to come by in a western country.

I’m very glad that I had the opportunity to visit the Tropical Spice Garden Cooking School and would highly recommend it to those interested in the region’s food. Emphasizing the island’s many influences, they offer a different menu and food style Tuesday to Sunday, featuring Malay, Nyonya, and Indian cooking. You can reserve your spot by visiting their website.

Overall, I would have to say that my trip to one of the world’s culinary capitals was a success. I not only got to try some fantastic food, but I got to learn how to make some of it as well.

Getting to the Tropical Spice Garden

Getting to the Tropical Spice Gardens is fairly easy from downtown Georgetown. You can hop on bus 101 or 102, both of which stop at the central bus station at Komtar. You can also pick up bus 101 from Lebuh Chulia Street in the center of Chinatown. It takes about 45 minutes to get to the Spice Gardens from Chinatown on bus 101.

If you enjoyed this article and would like to find out more about travelling to Malaysia, please visit the Tourism Malaysia website 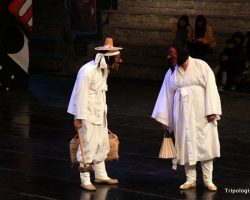 3 thoughts on “Learning to Cook in Georgetown, Malaysia’s Foodie Capital”